Many people believe that to talk about the good things you hope for is to tempt fate to withholding these very things from you. (For those who knock on wood after talking about big dreams.) I am partial to agree. When I was tiny and attending summer gymnastics camp, I remember the daily lecture halls they corralled us into after lunch to hear a sports therapist discuss the importance of stretching or some related topic. One that stands out in my mind, however, is the lecturer

WHAT TO EXPECT WHEN YOU'RE EXPECTING

Walking along DeKalb yesterday, I noticed a man noticing me notice his wife's enormously pregnant belly. I sensed that the subtle panic flickering through my eyes wondering "How in the world is she going to do that?" set off the latent panic inside him asking "How in the world am I going to do this?" They are "expecting." As it turns out, a lot of us are expecting, and a lot more. Here's a chart of the use of the word "expectations" over time. See a trend? In my own life and 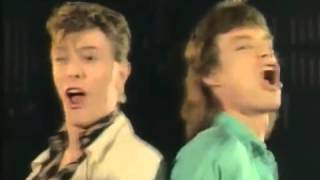 I can't think of anything more pressing to bring to you this week than this:

Labor Day has passed, and the Northern Hemisphere has officially switched over to fall mindset. Nevermind those 90 degree days coming our way later this week... While writing a heartfelt elegy to Summer 2016 this week sounds like fun (depressing), I would much rather discuss granola and hummus and incense, if I may. Sandalwood cones, anyone? After being bitten by a hippie bug while wandering the aisles of Northampton's food co-op, there has been a surge in making-it-ourselves